We have all seen the lovely jewelry and altered art pieces which incorporate vintage typewriter keys.
Having had the good luck of coming across two old typewriters cheaply, I thought...
"What the heck, might as well get them.  How hard can it be to get the keys off anyway."
(besides, I live with a He-man, surely HE will help me disassemble them)
and being the wonderfully supportive and very handy guy that he is, he did.
HOWEVER...after he cut them all off and it came time level them so I could have a flush bottom, well that is where the challenge came in. The white set was a different configuration than the black. 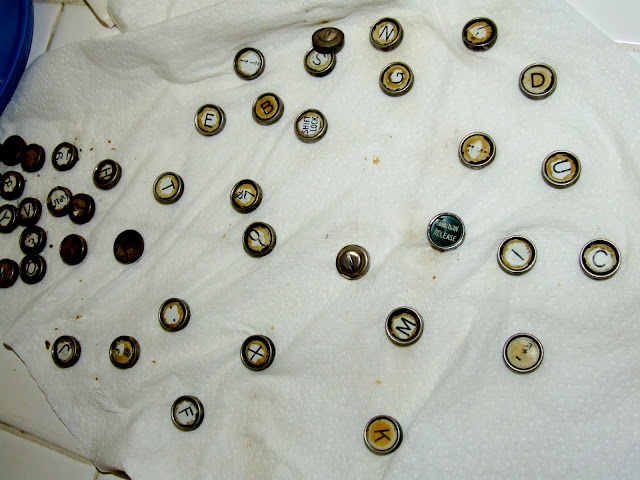 First he tried to disassemble the white ones until he gave up and started grinding the ridges off of the bottoms.  Great idea, until two of the three last large keys burst into flames.
He gave up on the Shift key. 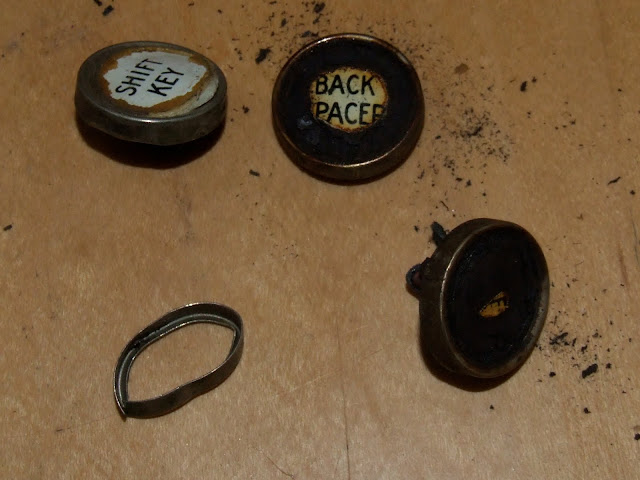 The black set was easier as they had these little tabs to take them off of the arm bases.
Still, these are OLD and he acquired 3 blood blisters and one cut in the process.
I kept telling him what a hero he is and I will NEVER buy an old typewriter again.
Being the MOST PATIENT MAN I HAVE EVER KNOWN...he was losing patience.
After all of this...ALL of his frustration.
I walk into the kitchen and what is laying on the counter???? 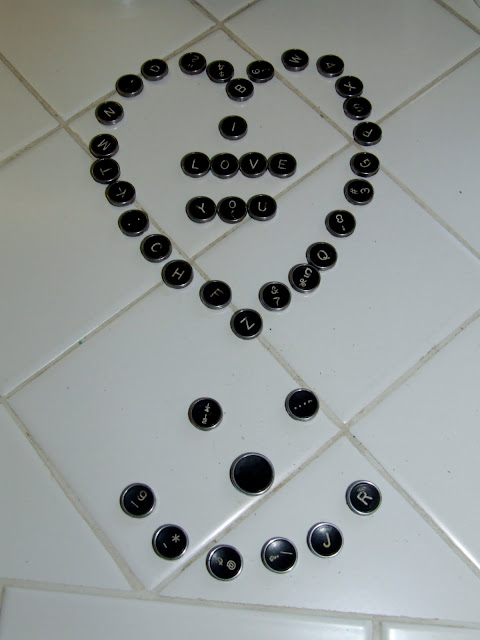 Lessons learned.
One, if you want to see how much your Man really loves you, hand him an old typewriter.
Two, I will pass up old typewriters from now on.
My Hero!
Posted by Lisa Loria at 7:19 PM