So, how was your Superbowl weekend?  I unfortunately, was sick.  First cold in longer than I can remember. Spent most of it on the couch watching movies.  9 to be exact, between Friday & Sunday night.  Wanna Know which ones?

Sunday was when the real movie marathon took place.  Should have called it a tea drinking marathon too. At least 10 cups of hot teas. Plus I chose films that took me to far away lands and times.

An Ideal Husband - Fun British film, Pride and predjudice-esque. A very good laugh. Good cast.
A Good Woman - Scarlet Johansen is darling.  Helen Hunt is good. Nicely done. Set in the 30's.
A Year By the Lake - another older film.  Vanessa Redgrave was lovely. Young Uma Thurman. Also set in the 30's.
Camilla - Jessica Tandy as a musician who finally follows her heart, Set in the 80's.
America's Sweethearts - Who doesn't love a movie with John Cusack in it?
The Muse -  This one was ok, (I was at the end of my movie watching patience)
Lastly was Blue Orchid - This is a newer film and yes, (we have family who works in the industry and once and a while we get to see oscar contenders at home)  OMYGOSH, Cate Blanchette should win an oscar for her performance.  Wow.

On Saturday, My honey helped re-do the corner of my studio where my desk is.  The lighting was bad, more like non existent.  While the Candelier was romantic, it was impractical. 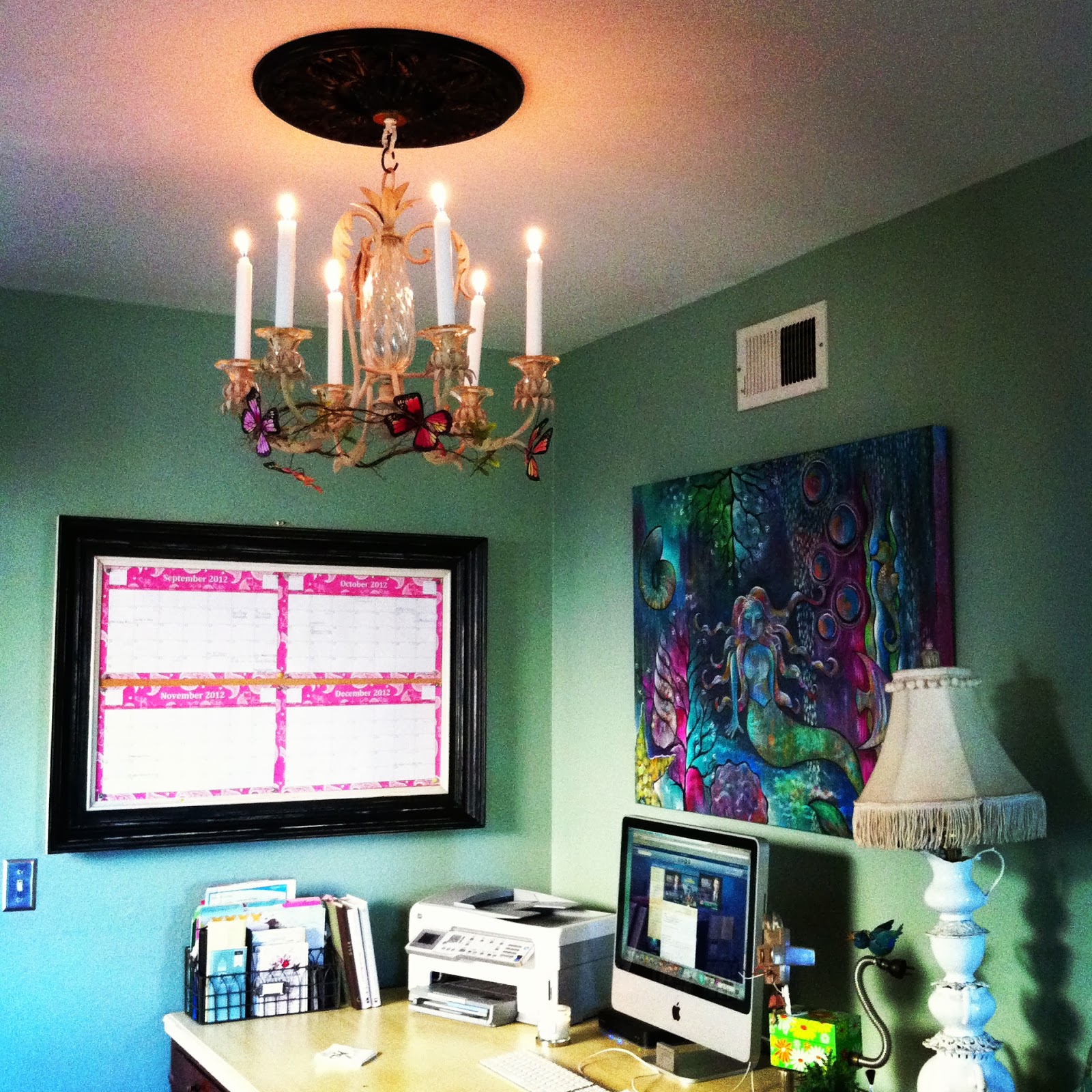 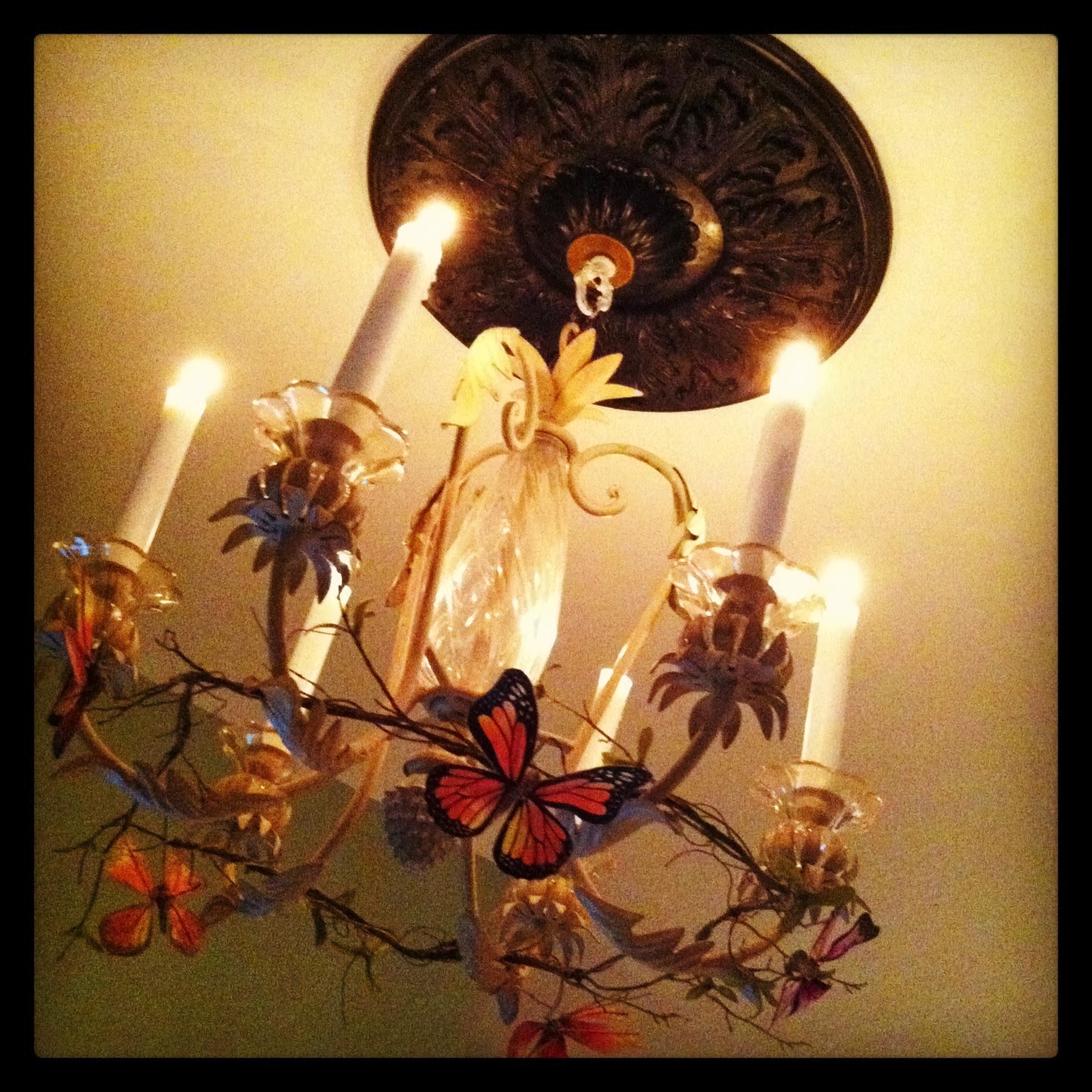 So I bought a "vintage" 80's/90's brass chandelier at the thrift store for $20.  Spent $20 on glass shades and spray painted it a fabulous turquoise blue.  Very happy with it. Not to mention how much better lit this area is! 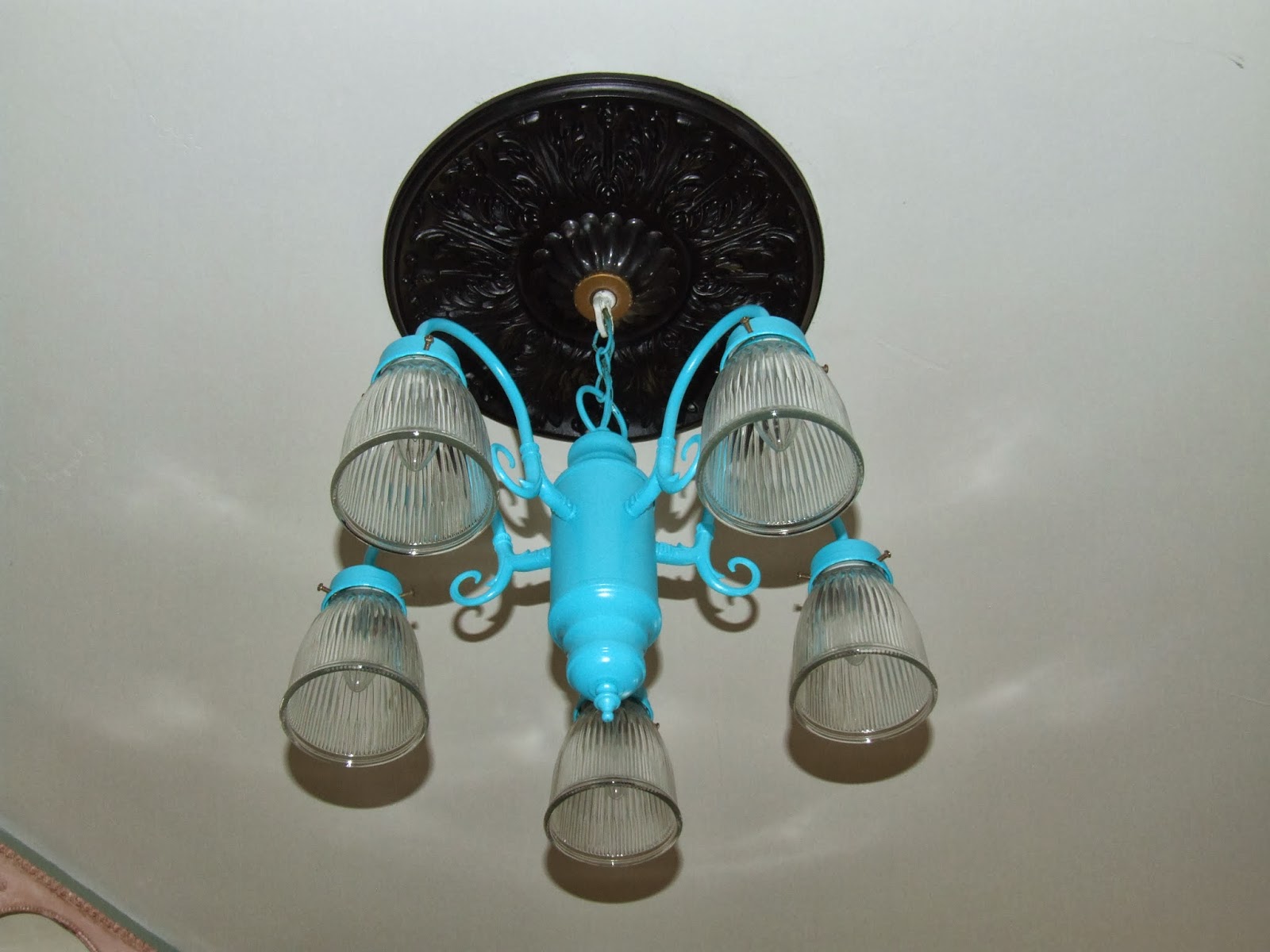 My son built the shadow boxes for me a year and a half ago.  If you go to Glitterfest, you might have seen them.  People of course wanted to buy my displays, but since this was a trying time in my son's life, I didn't want to sell them.  I wanted to hold onto them in the event I lost him. 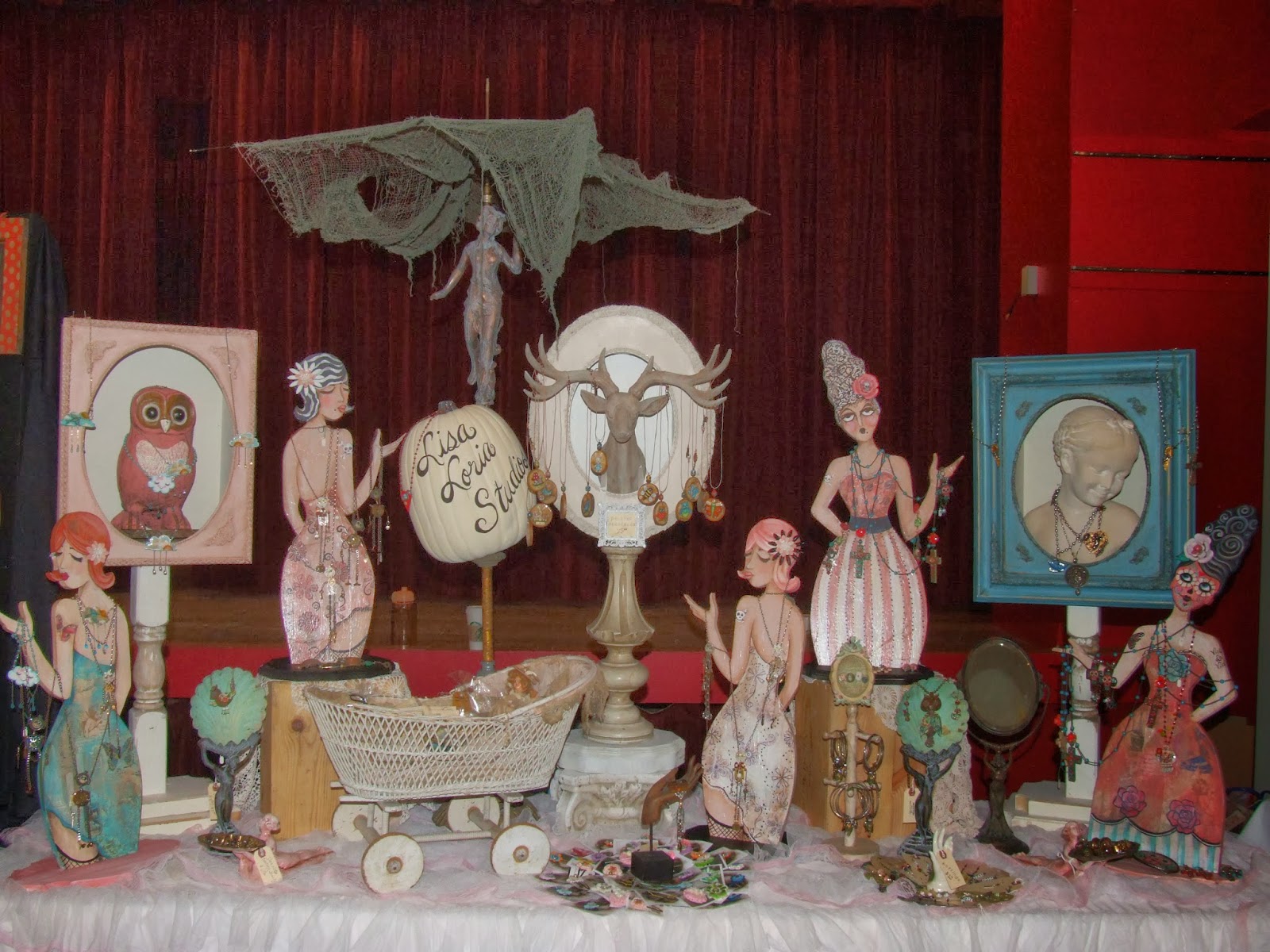 He is better now, but I am still happy I did not sell these boxes.   We removed the pink and aqua boxes from their bases.  Bases were used in the shelf (below) we built in my studio last year. 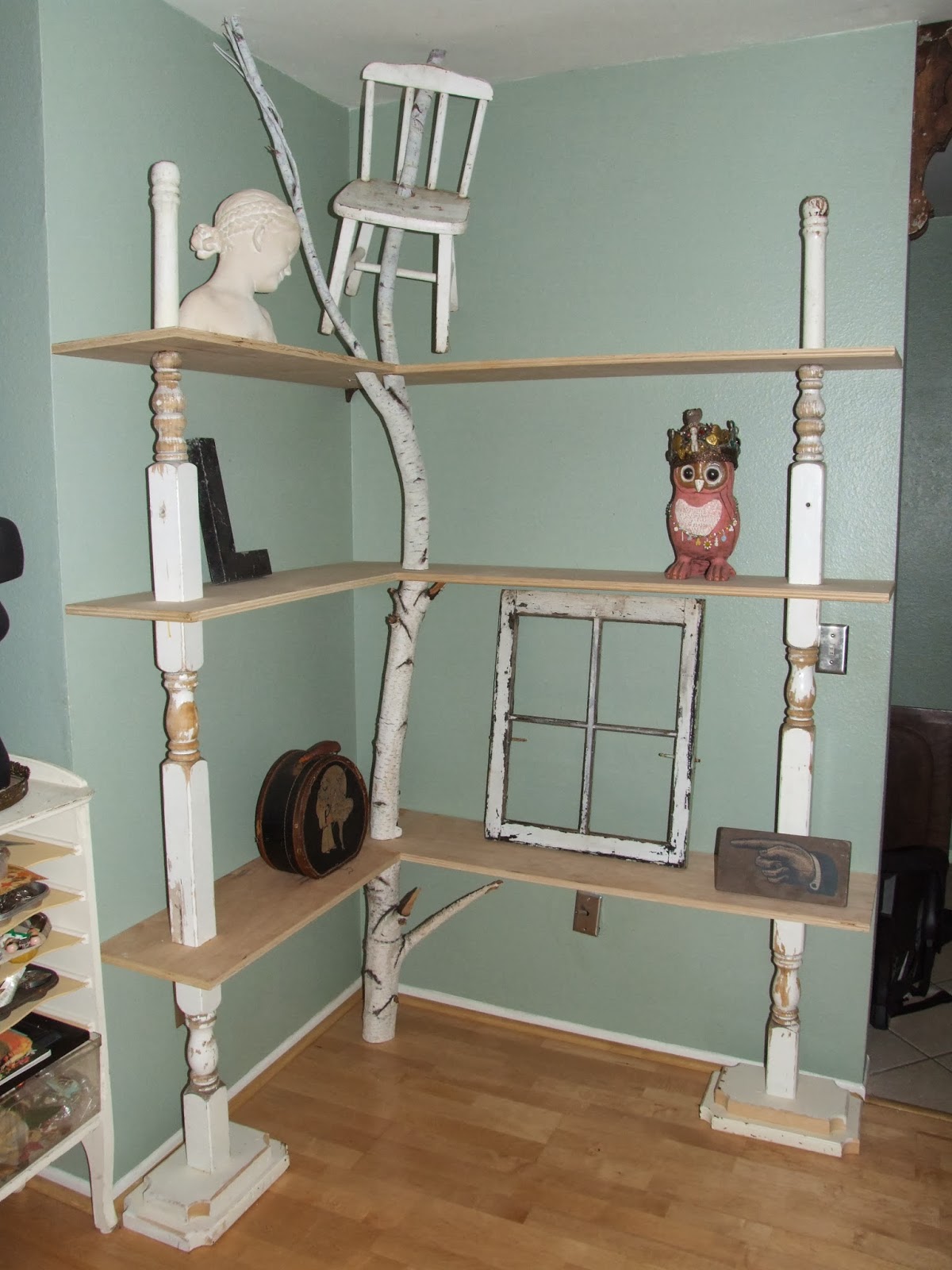 The Marie Antoinette painting I did in 2008, Antler Girl on the right is a WIP. 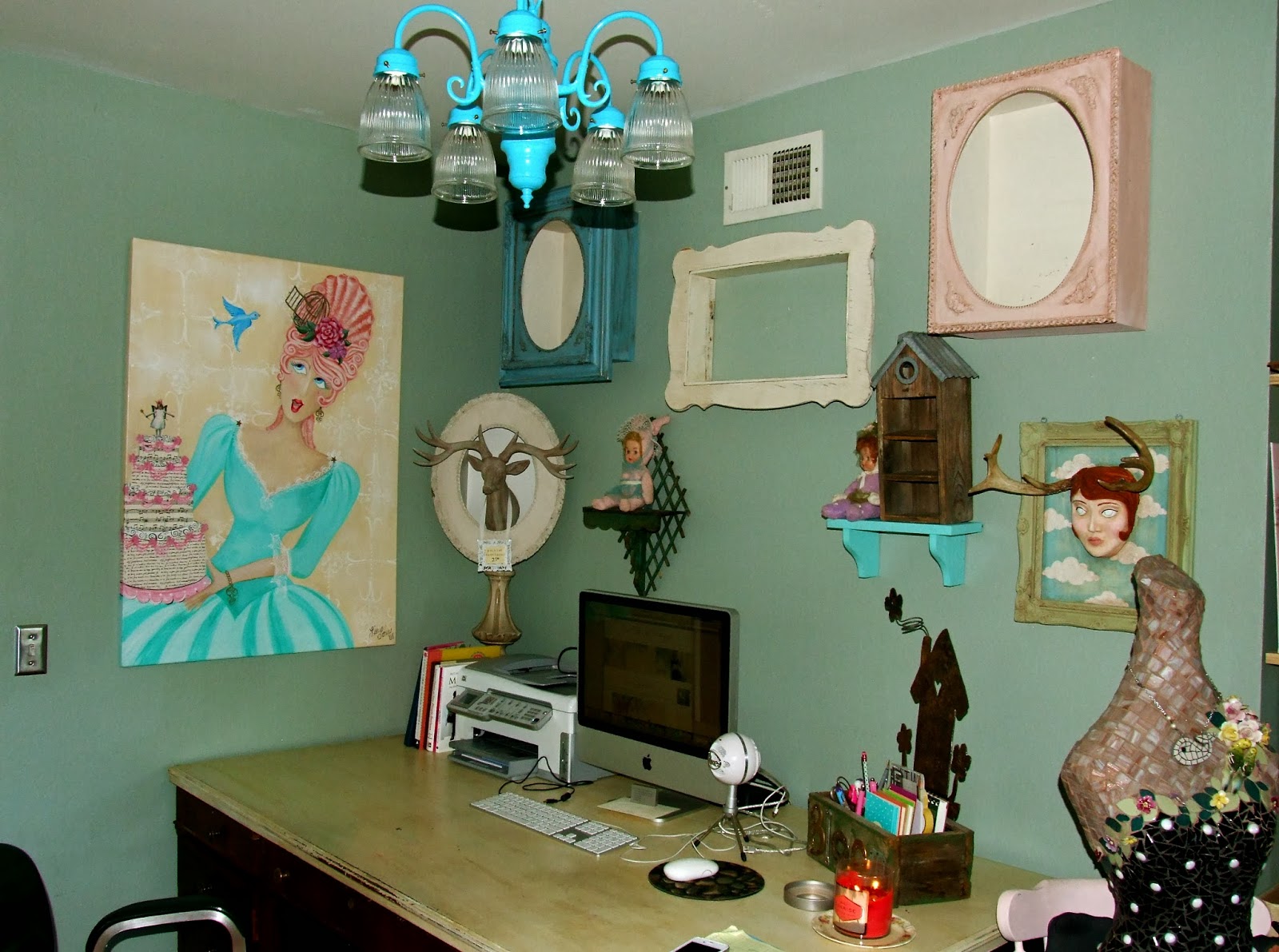 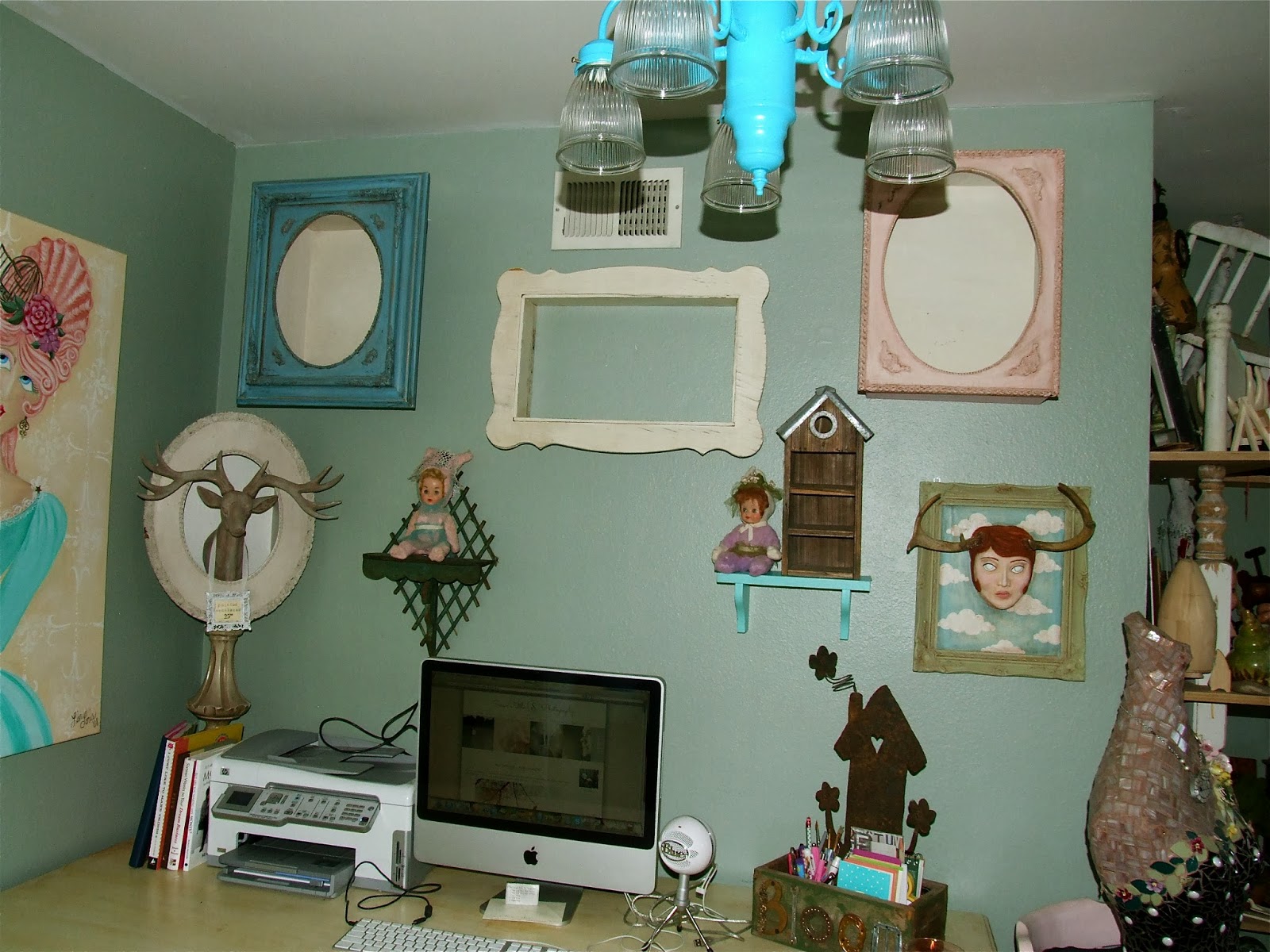 Time to fill up the shelves and shadow boxes.   This is a really weird location.  Would be considered the dining room if I used the living/dining room like a normal person.  But what's normal anyway???

I'll be sure to share pics when they are all full of fun do dads!!!

Hope you had a nice super bowl weekend!