Six and a half years ago, my kids and I decided to add to our Dog Family.  Initially we set out to get one Australian Shepherd, but through a random series of events, we wound up with two.  Dusty is a month older than Sophie, so he came home first. 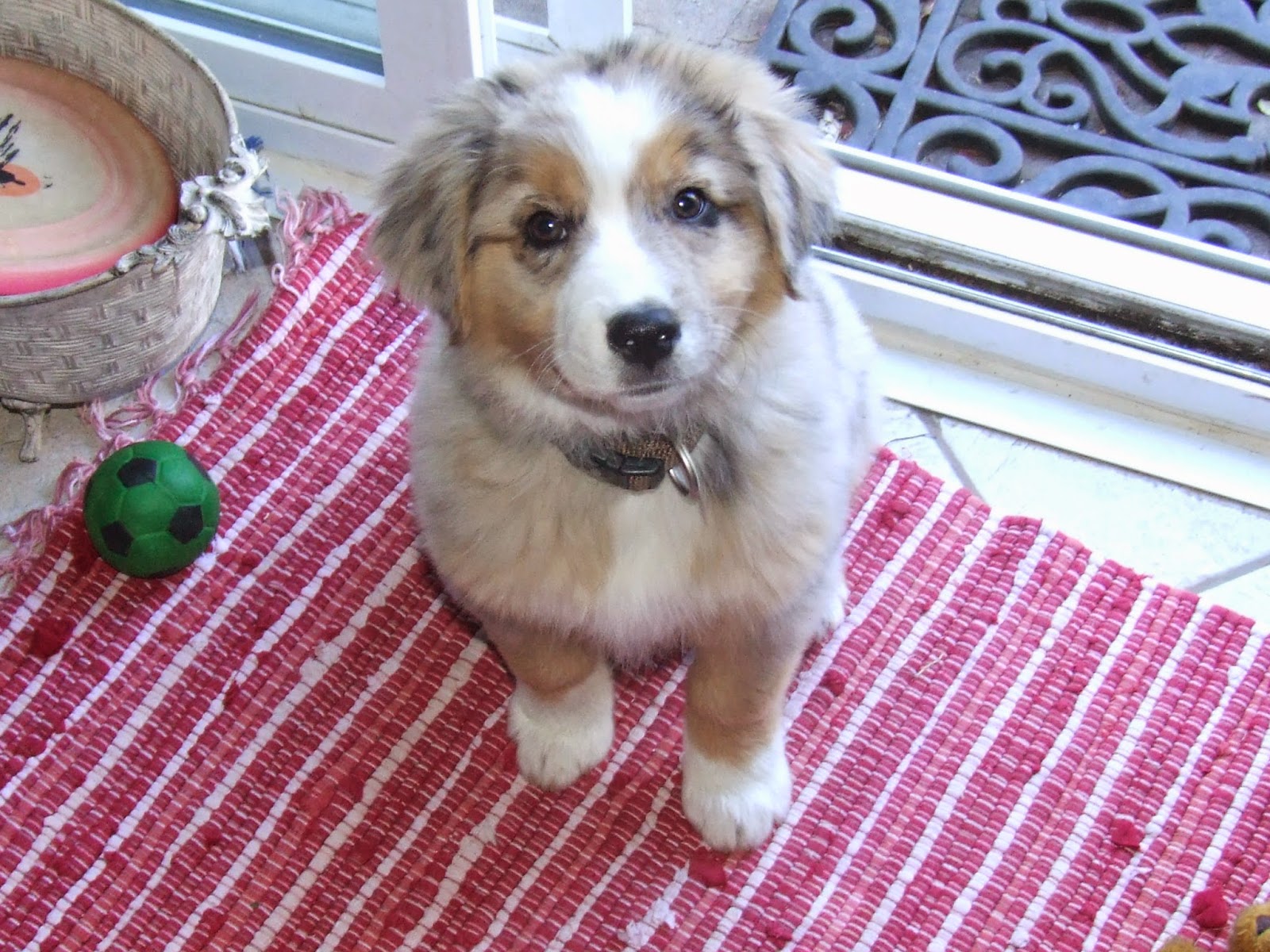 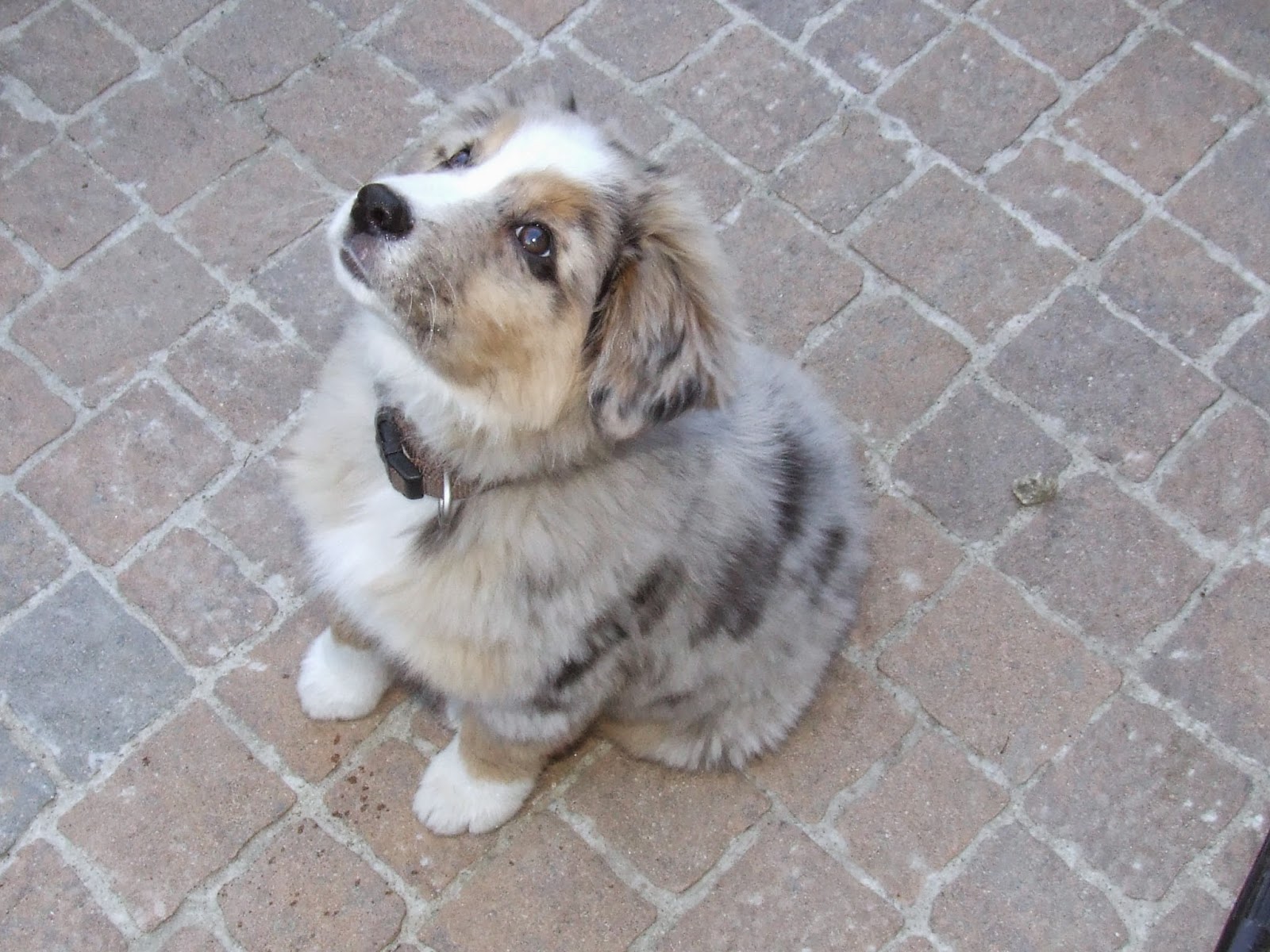 They were inseparable from the get go. 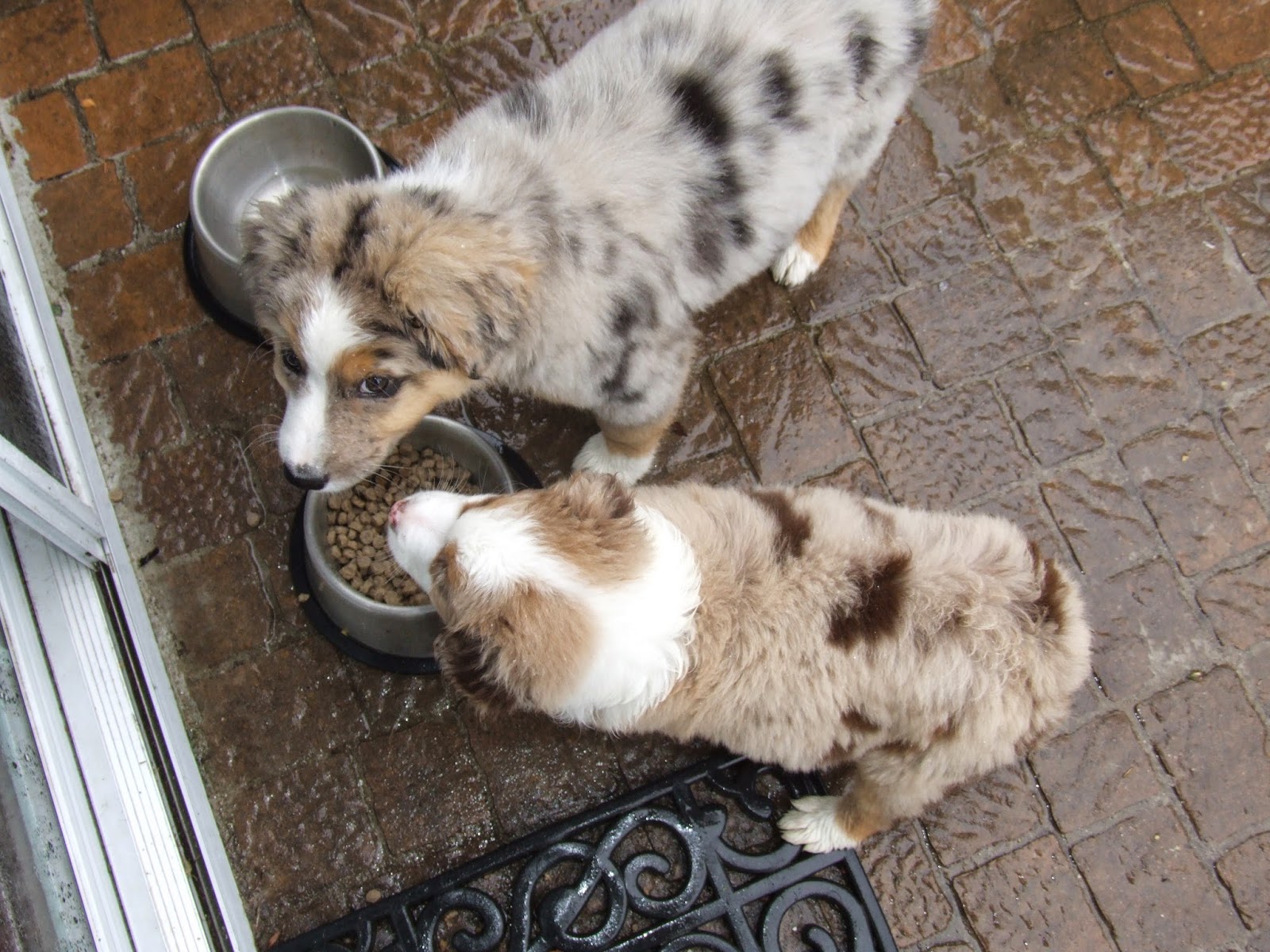 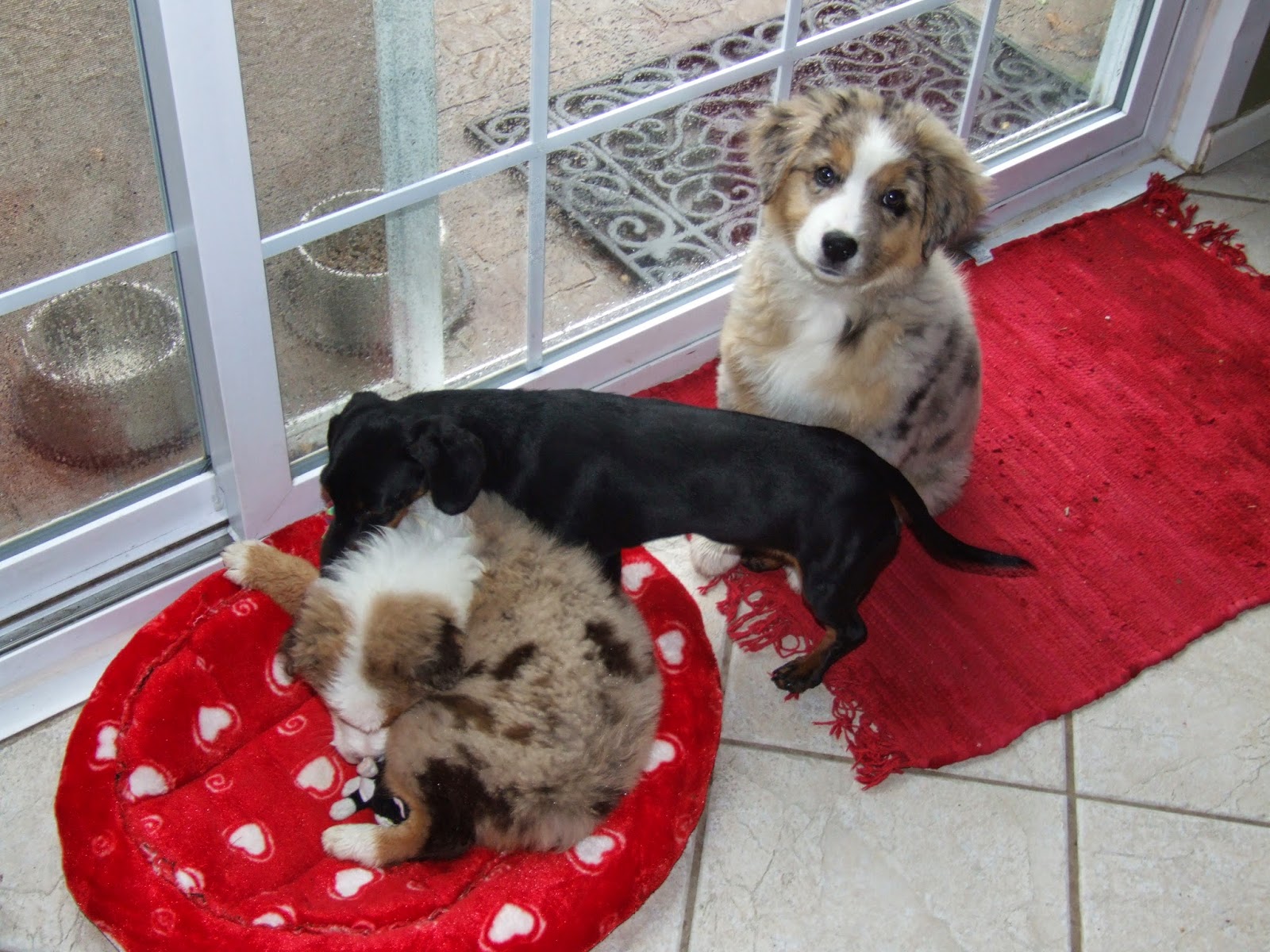 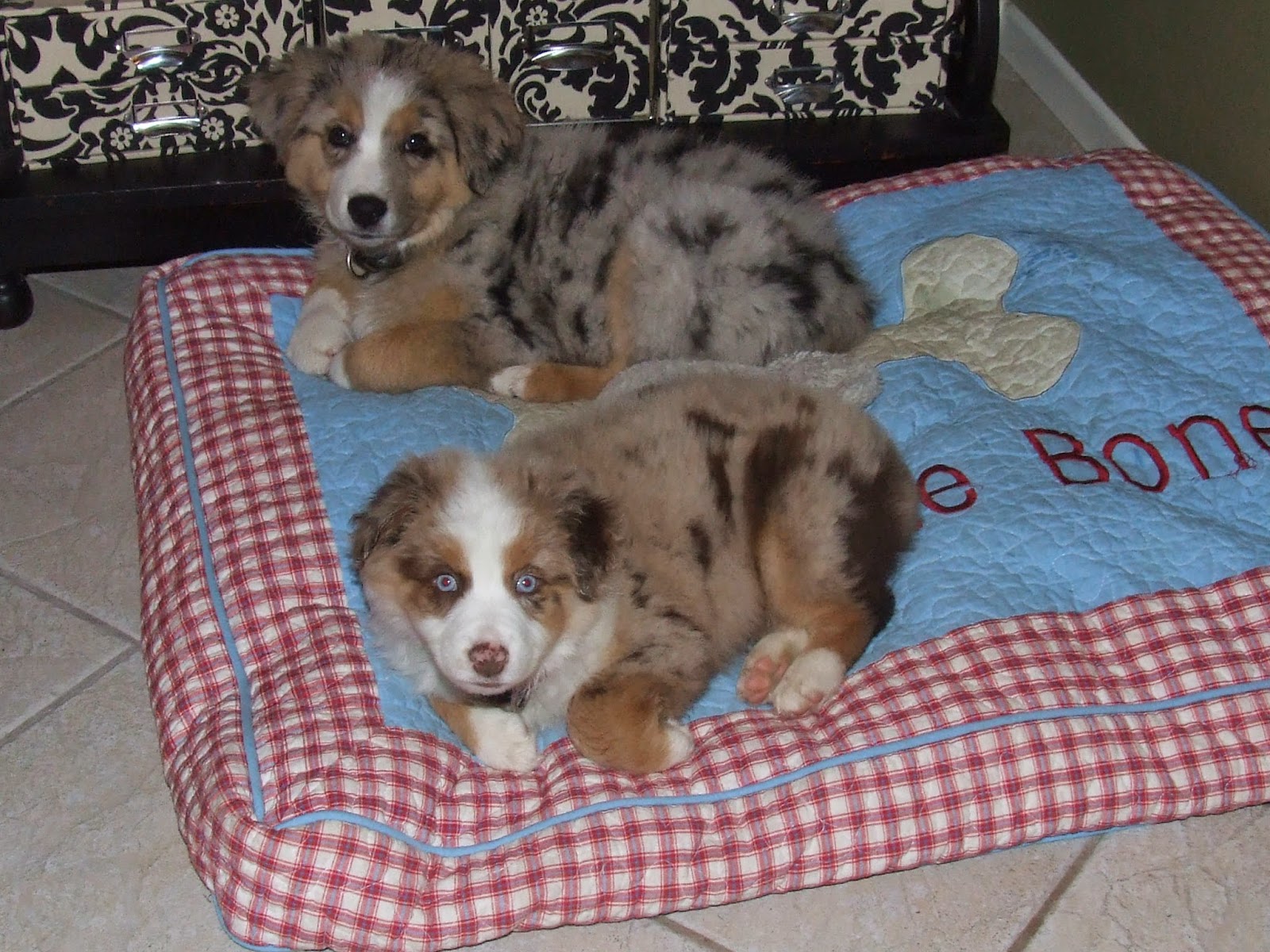 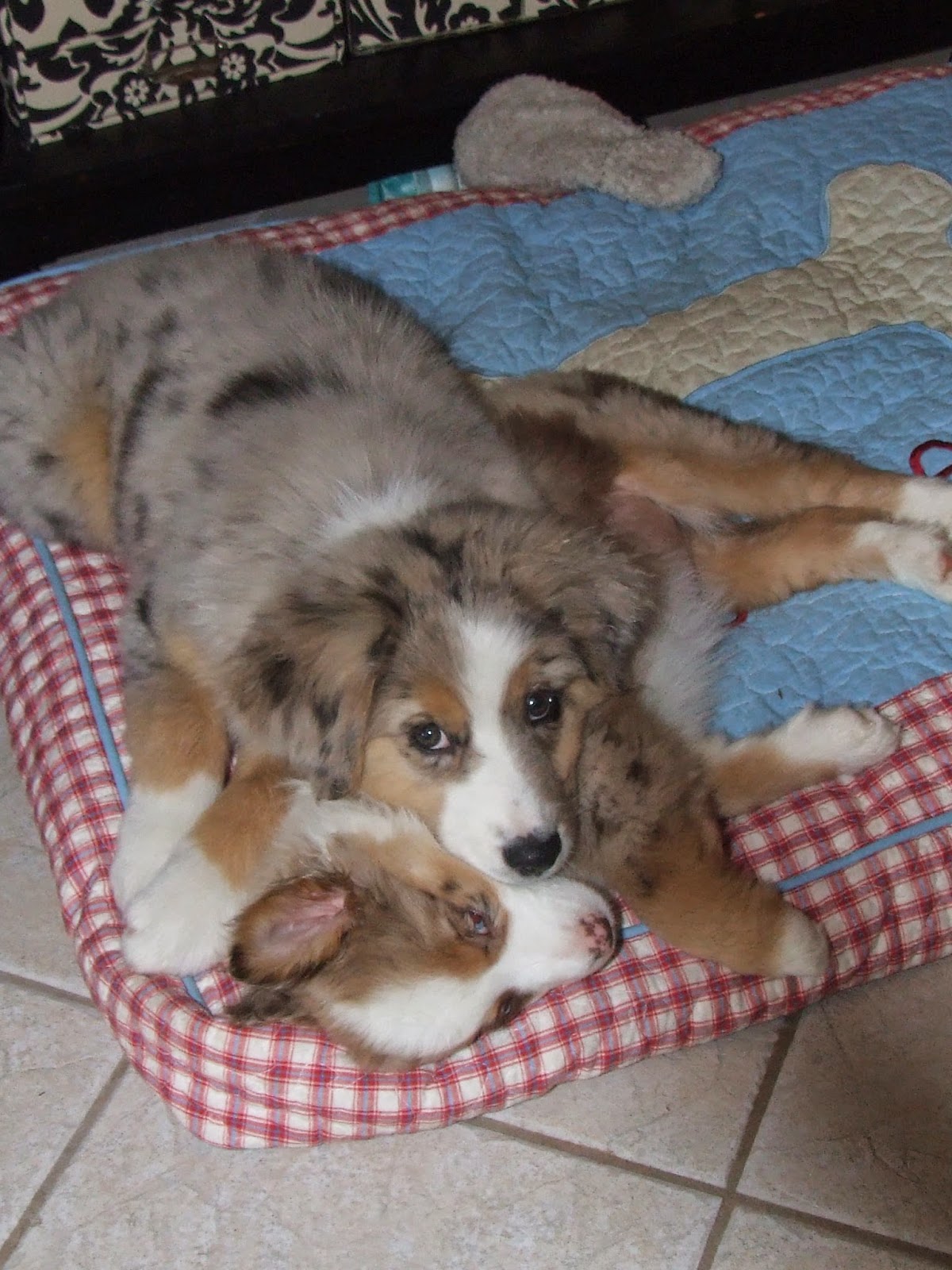 Sophie and Dusty were like litter mates even though from different litters.  He was pretty dominant and always seemed to physically have the upper hand on Sophie.  Though she was much more agile and when she was done with him, she would snap, let him know it and he'd back off. I am sure the fact that I trained these dogs simultaneously at home also led to their bond.  When we went to our first puppy class the trainer didn't want me training them together, so my son Dylan came along to train one while I trained the other.  They were not too happy about that. They both wanted me.

Dusty was to be Christian's dog and Sophie was to be Dylan's dog.  Well, Dusty had something else in mind. He chose ME and that was all there was to it. As you can see in virtually every single picture of Dusty, he is looking straight at me.  This dog was formidable in a stare down contest.  His eye contact with his humans was exceptional, our trainer was impressed with this about him and he was a super smart, super focused dog. (the swing below, they kind of demolished as puppies, but after they were done teething, they never ruined another thing) 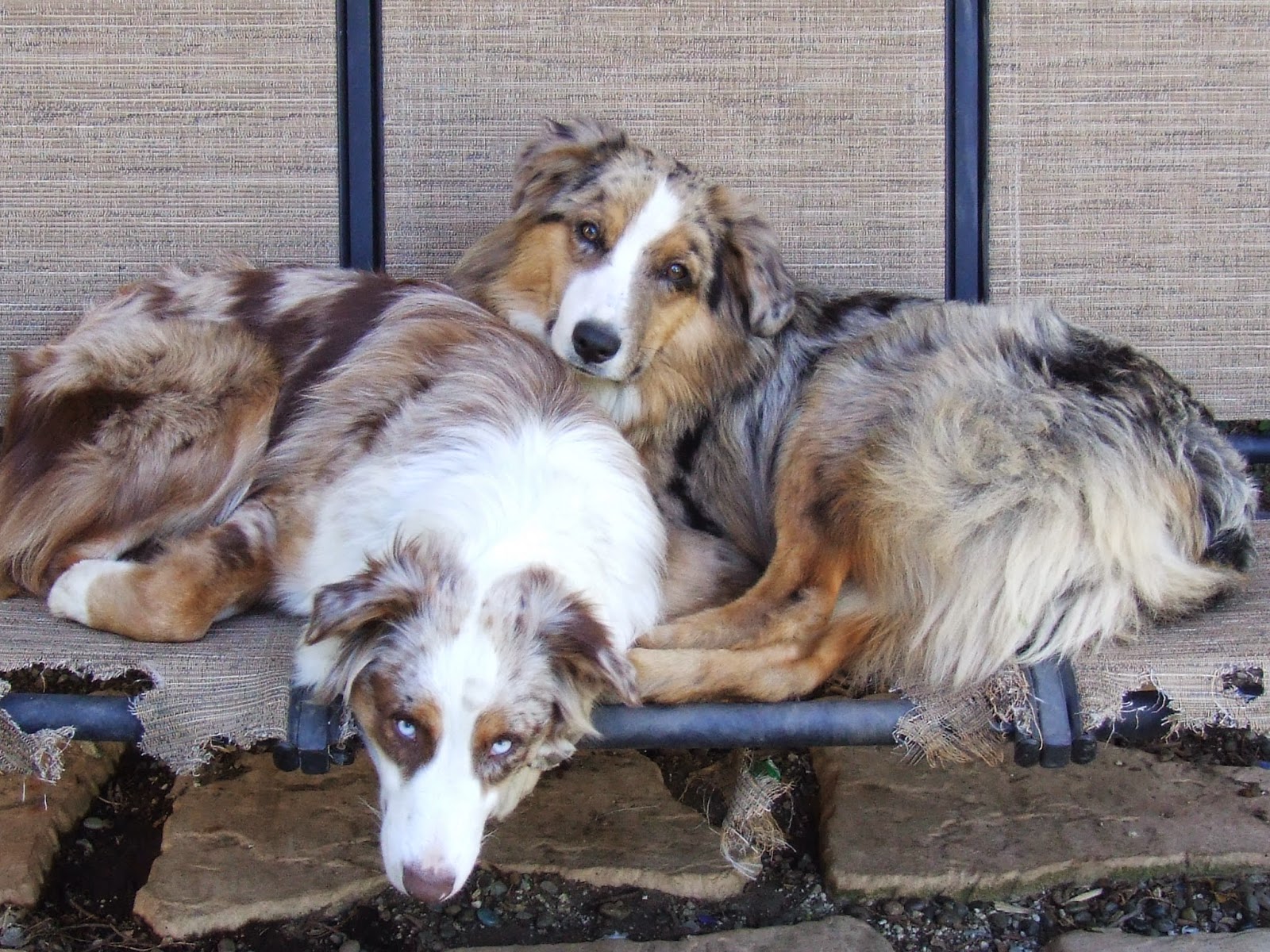 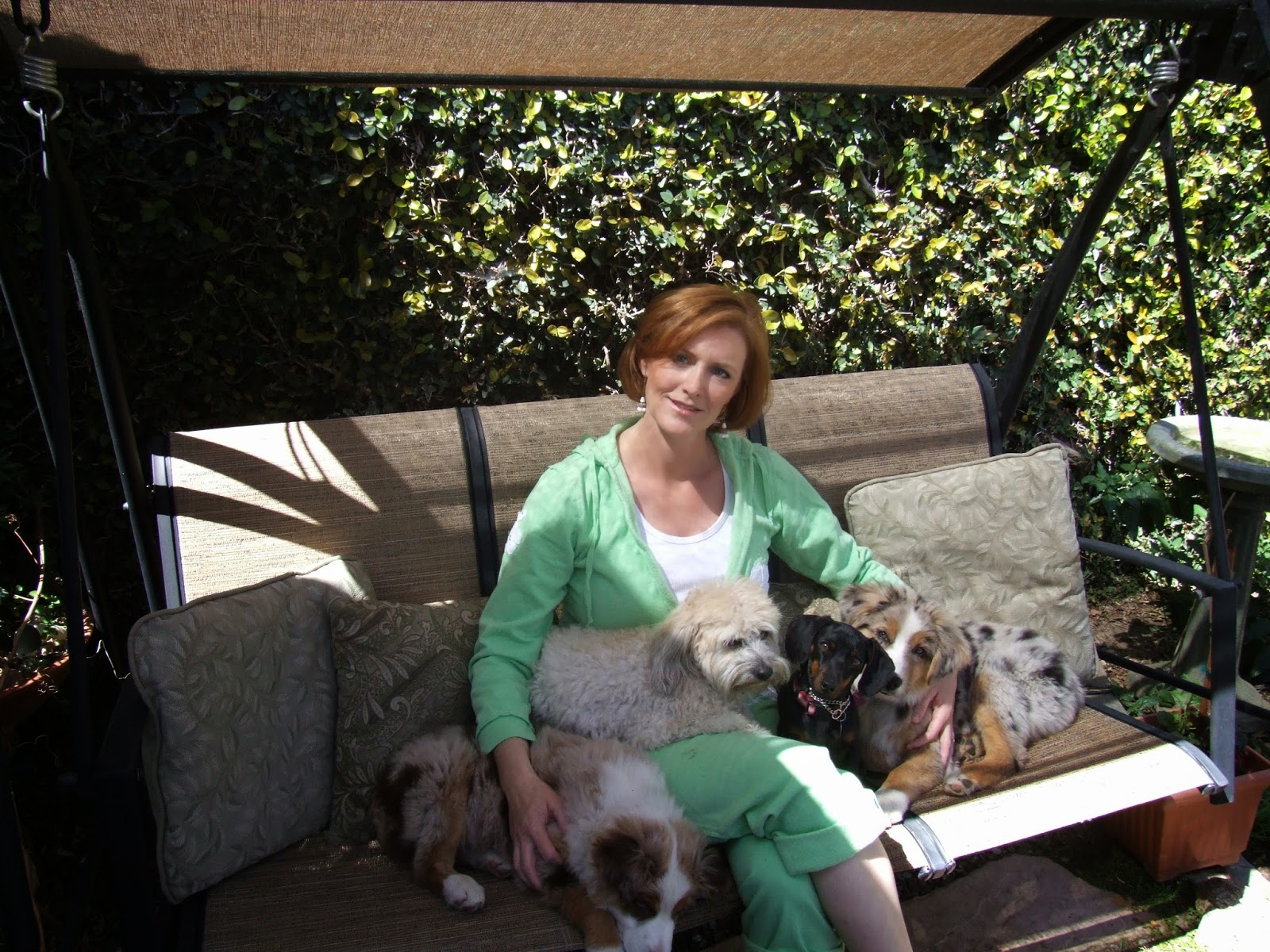 Sophie and Dusty were synonymous, we almost didn't say one name without saying the other. Everywhere I went, whether it was on a walk, to the park, to the pet store, down the hall, to the mailbox...Dusty took the left and Sophie took my right.  We called them my bookends. They would not go to bed without me and if I went away for a day or two, or even a few hours, they waited at the windowsill sulking.  I burst into tears the first time I walked down my hall last week after Dusty died and it was only Sophie on my right. 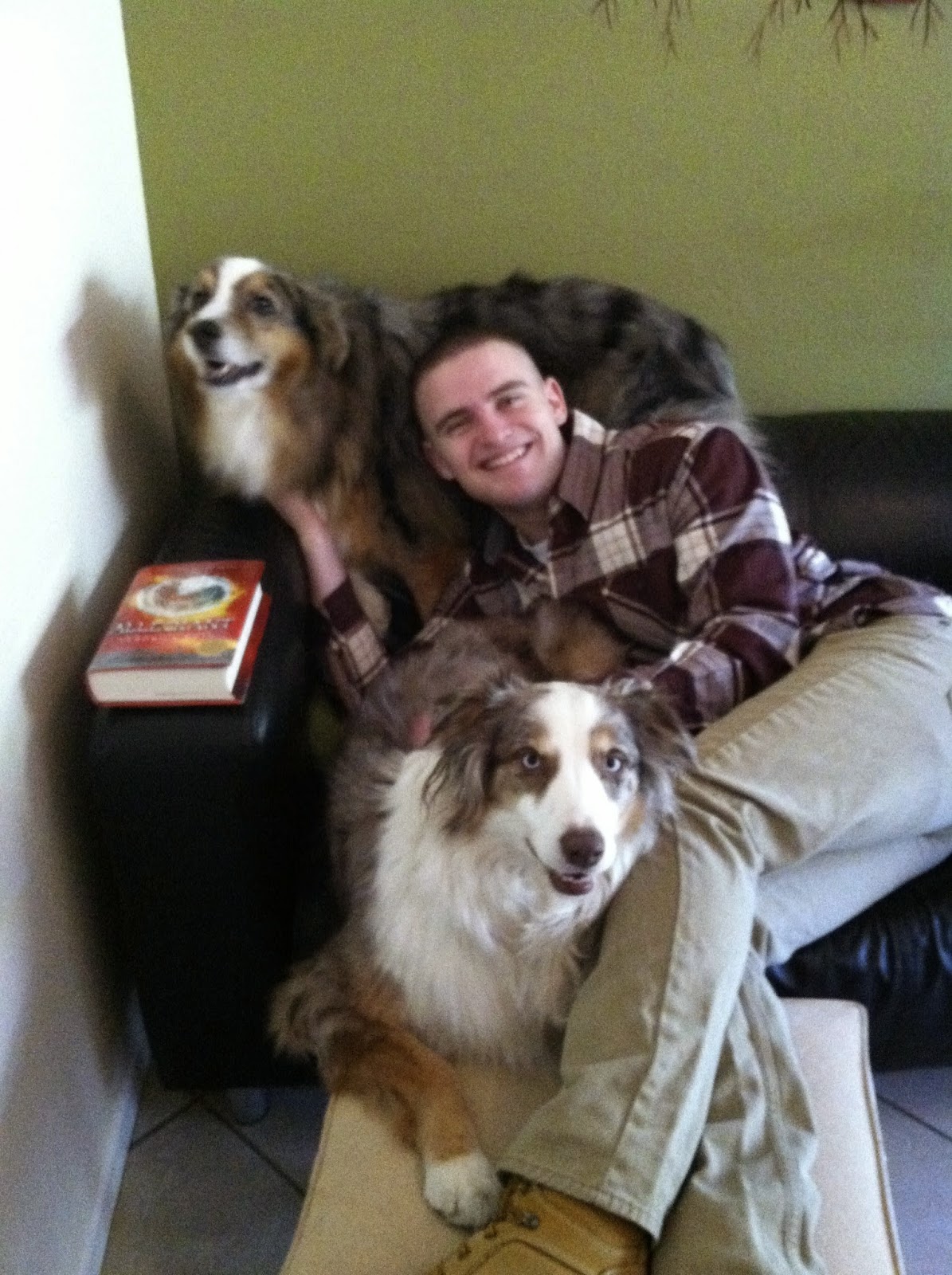 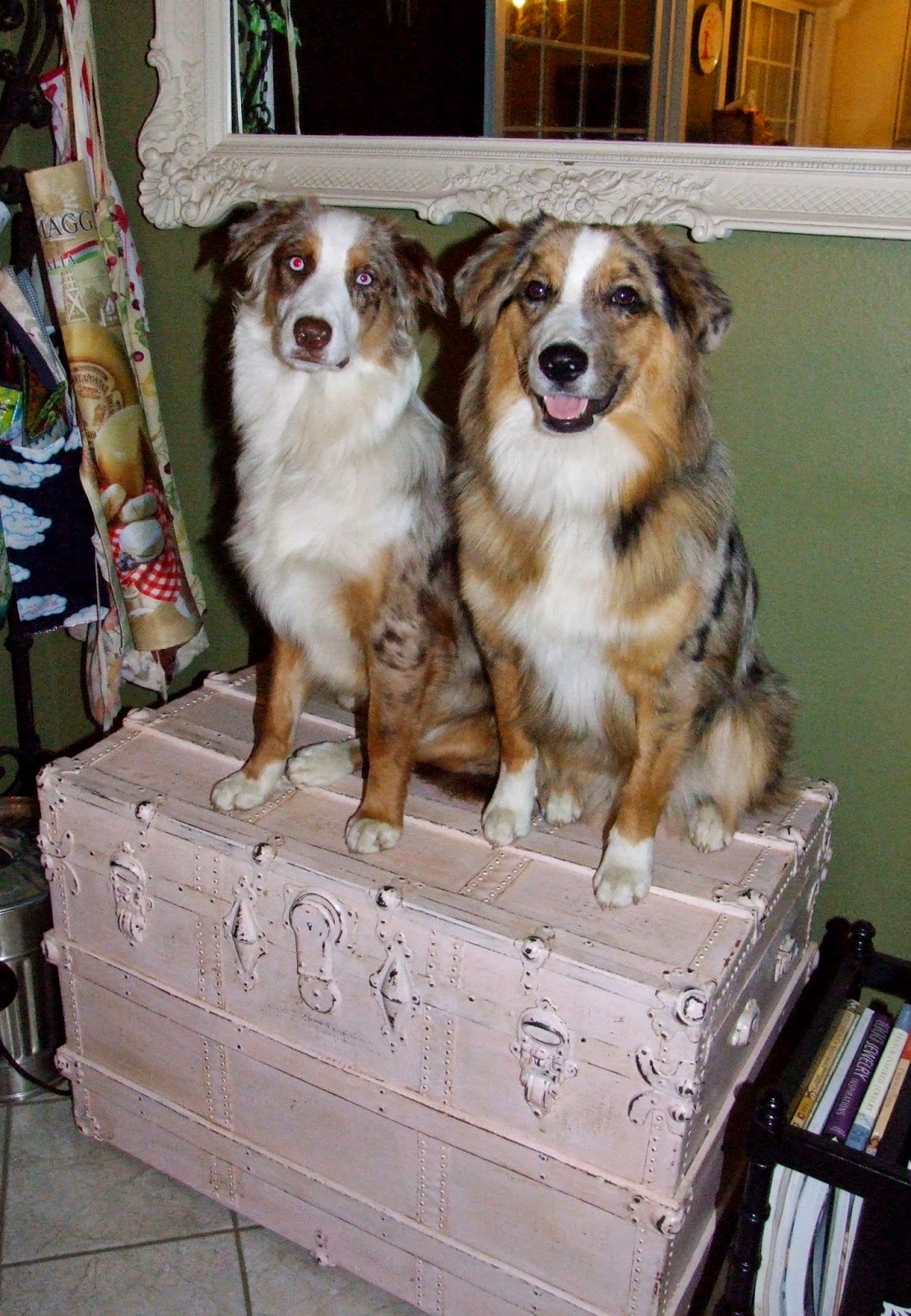 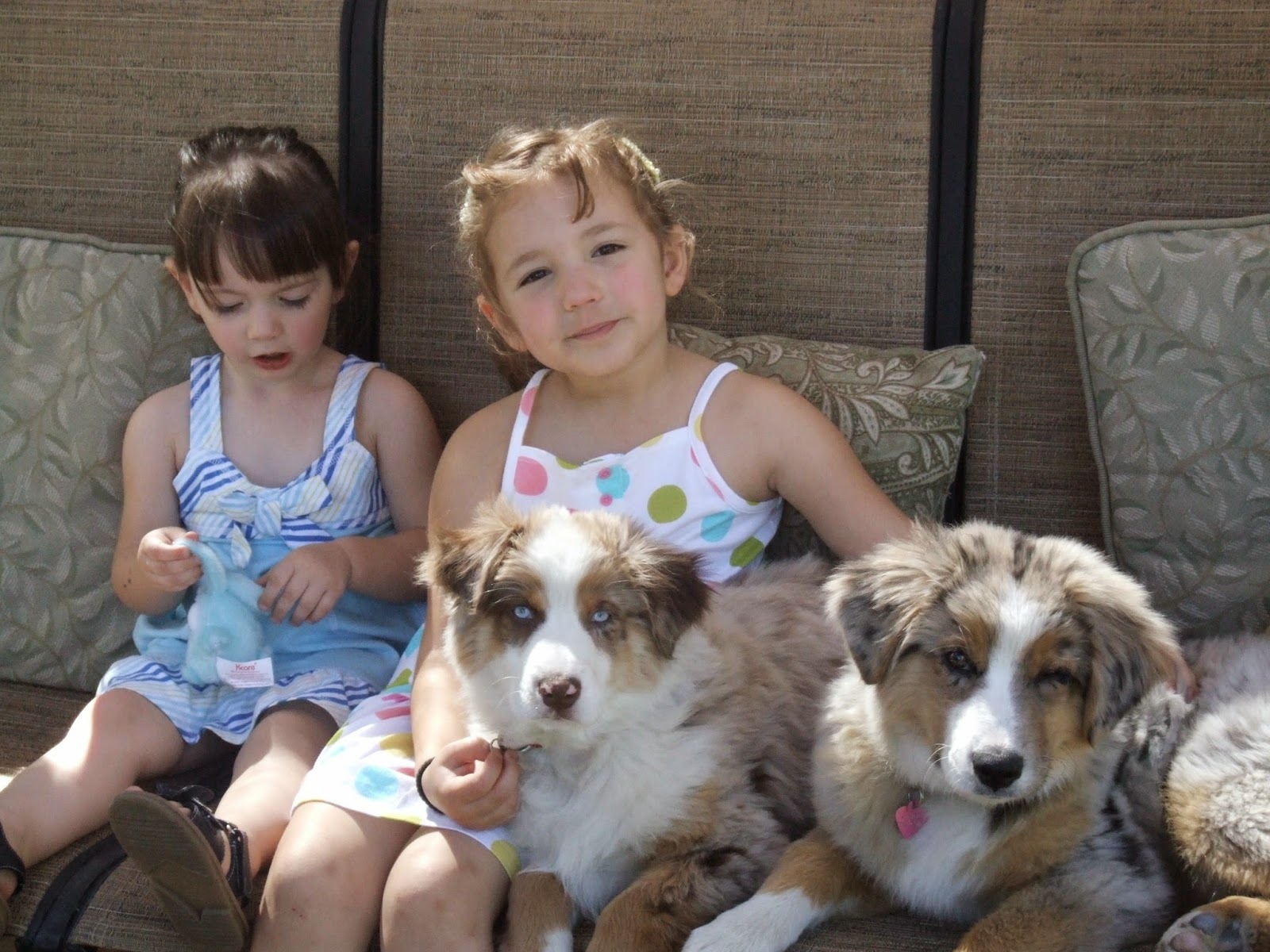 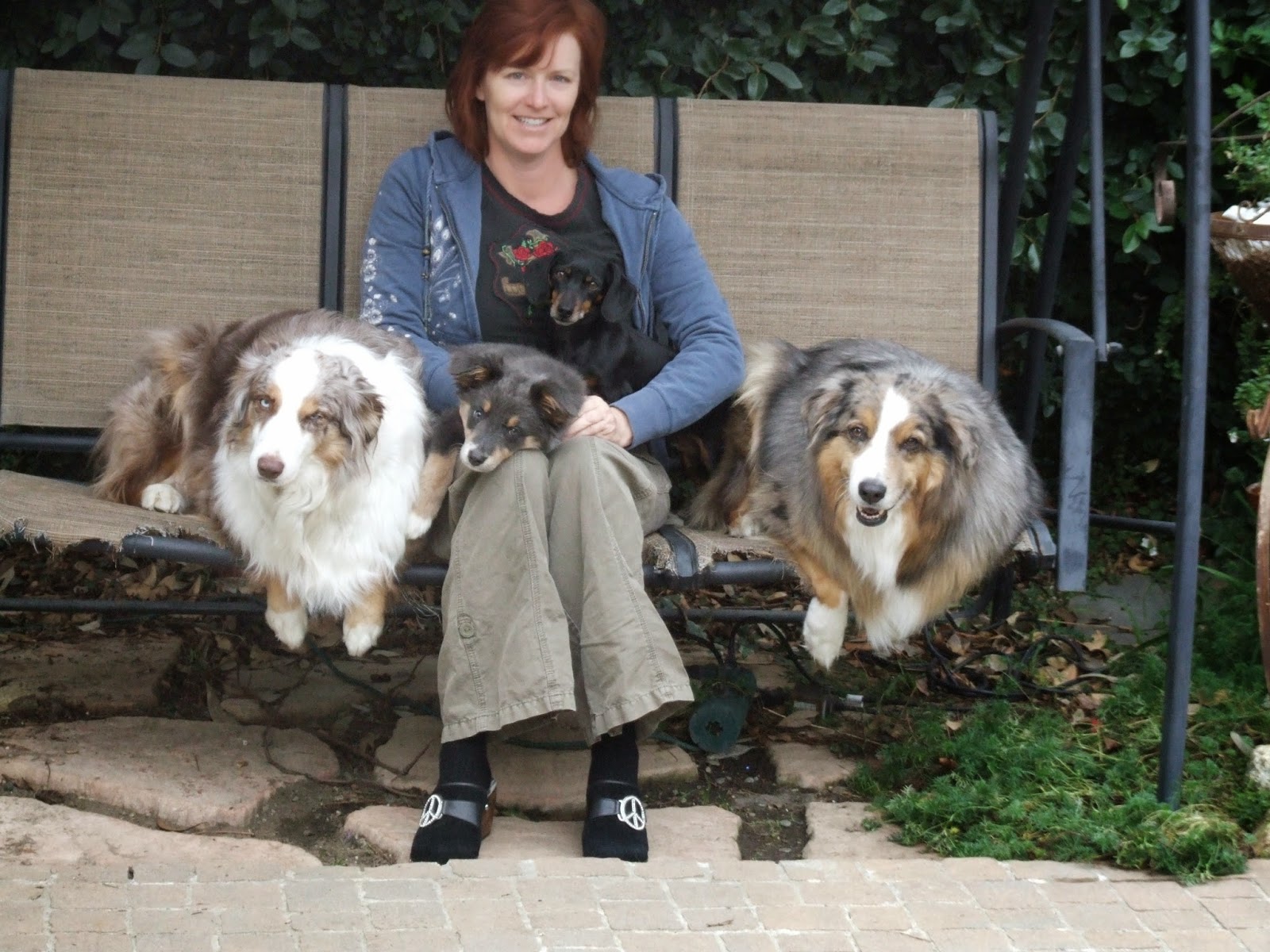 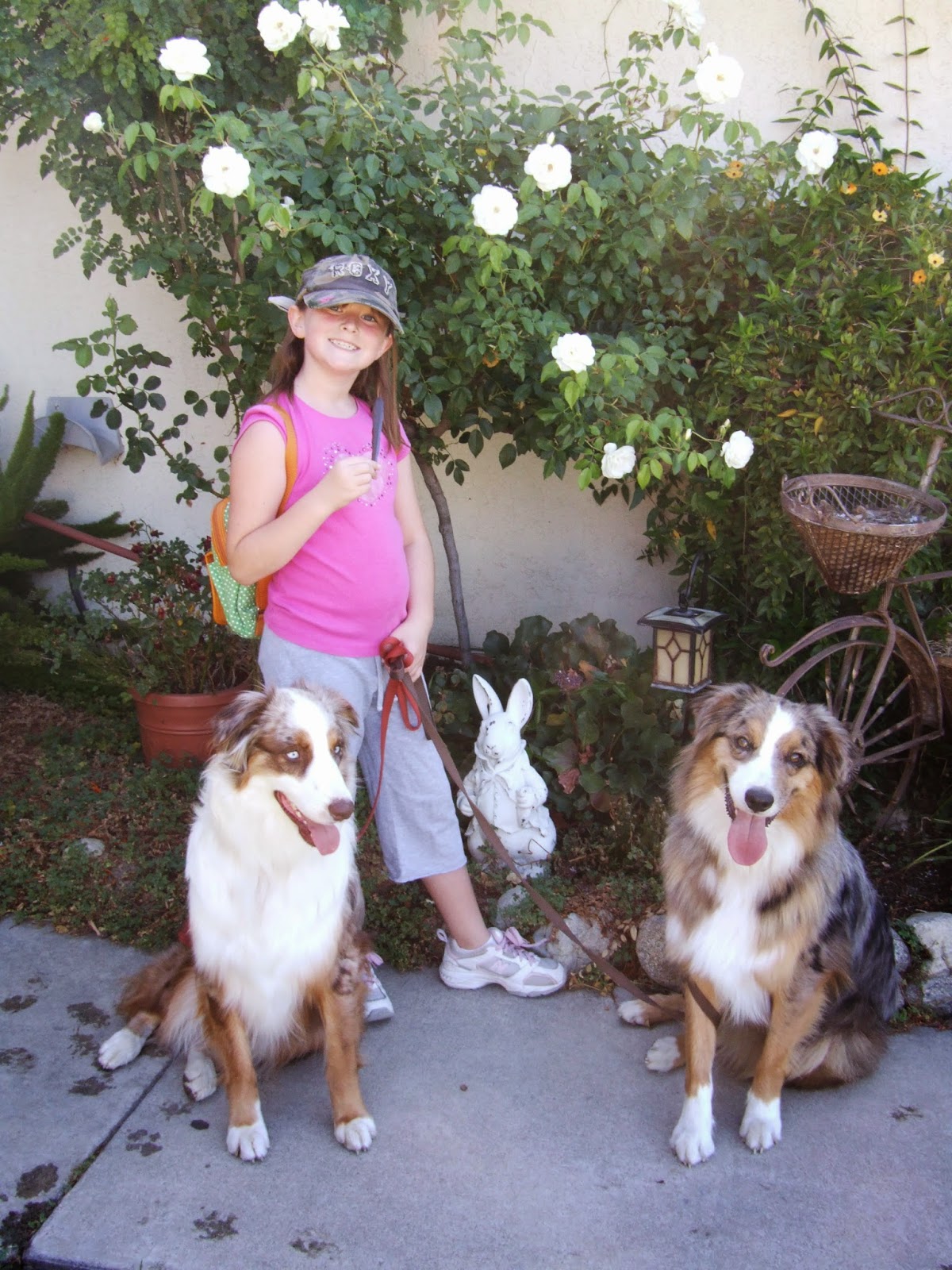 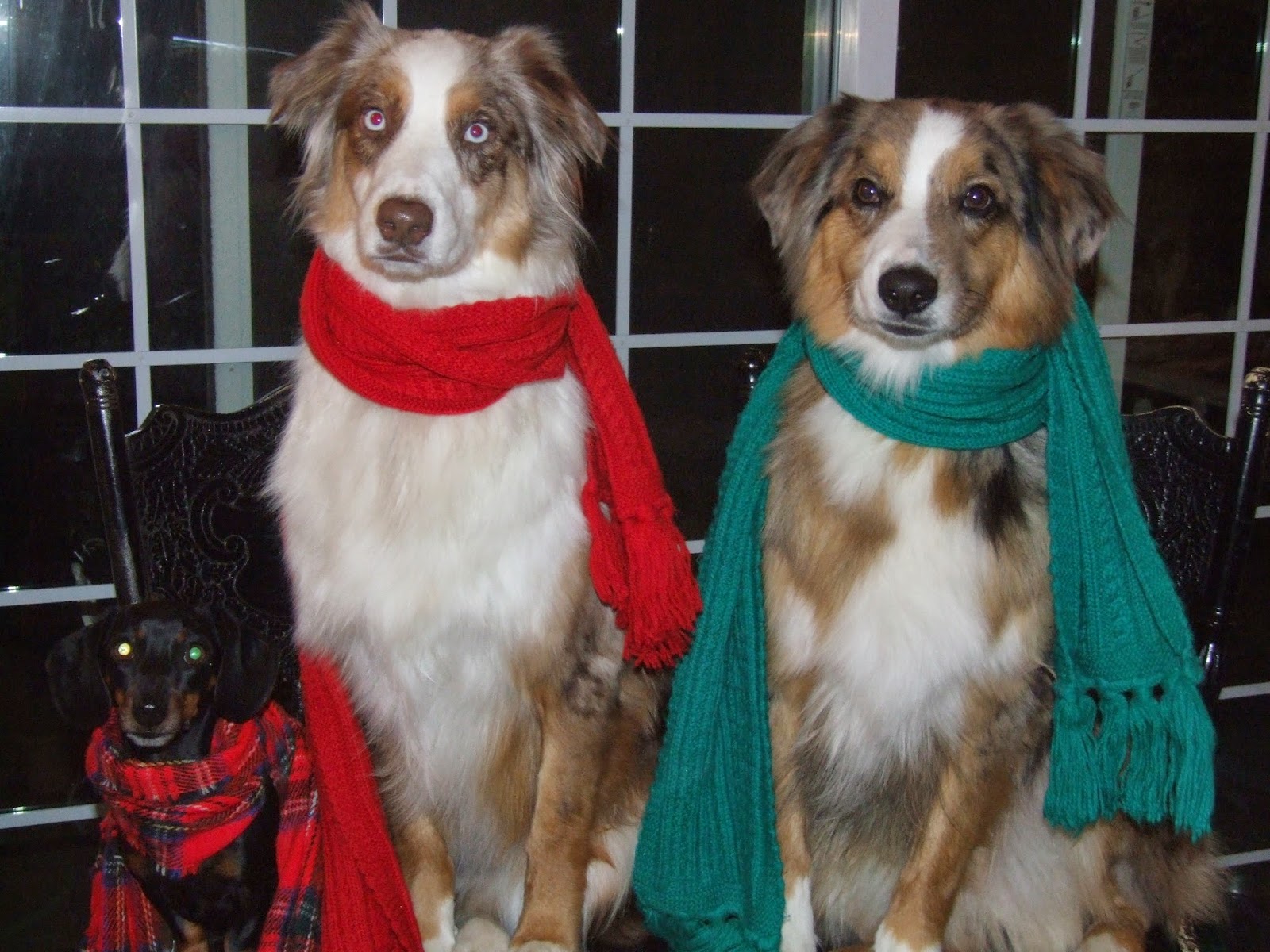 Now, my boy wasn't totally perfect.  He really didn't like other dogs. It was something that started when he was only 6 months old and I did EVERYTHING to curb this behavior.  He liked his pack (well, only Sophie and his people really) and that was pretty much it.  At the dog park he was actually OK, unless a dog wouldn't stop stiffing his behind.  A female Pitbull wouldn't leave him alone one day, (she must have thought he was cute).  He did a 360 flip over her and took her to the ground.  Thankfully I wasn't there to witness this, I'd have been so embarrassed.  No fight ensued, the female left him alone and Rob was there to handle it.  Glad that was the only time anything like that happened at the dog park.  I use to say if Dusty had an Indian name it would be "doesn't get along well with other dogs".  People he was overall fine with once he knew I was fine with them.

When he fell ill last week suddenly and I had to say goodbye to him.  I was a wreck.  I still am horribly sad and my house has changed.  He had a larger than life presence that you had no choice but to feel.  Sophie always followed his lead and she seems to have lost a bit of her identity.  It is such a strange thing to watch an animal grieve,  And they do.
She is stuck to me like glue and is getting blots of special love and attention.
(went for three car rides yesterday)

Rob and I have always joked (in a not really joking manner) he dreaded the day I lost this dog since we were so attached to each other.  Now, don't get me wrong, my nickname around this place is "the mommy dog)  I am like a pied piper of our pets...which is totally ok with me.
I love them all and they are pretty much ALL my pets. 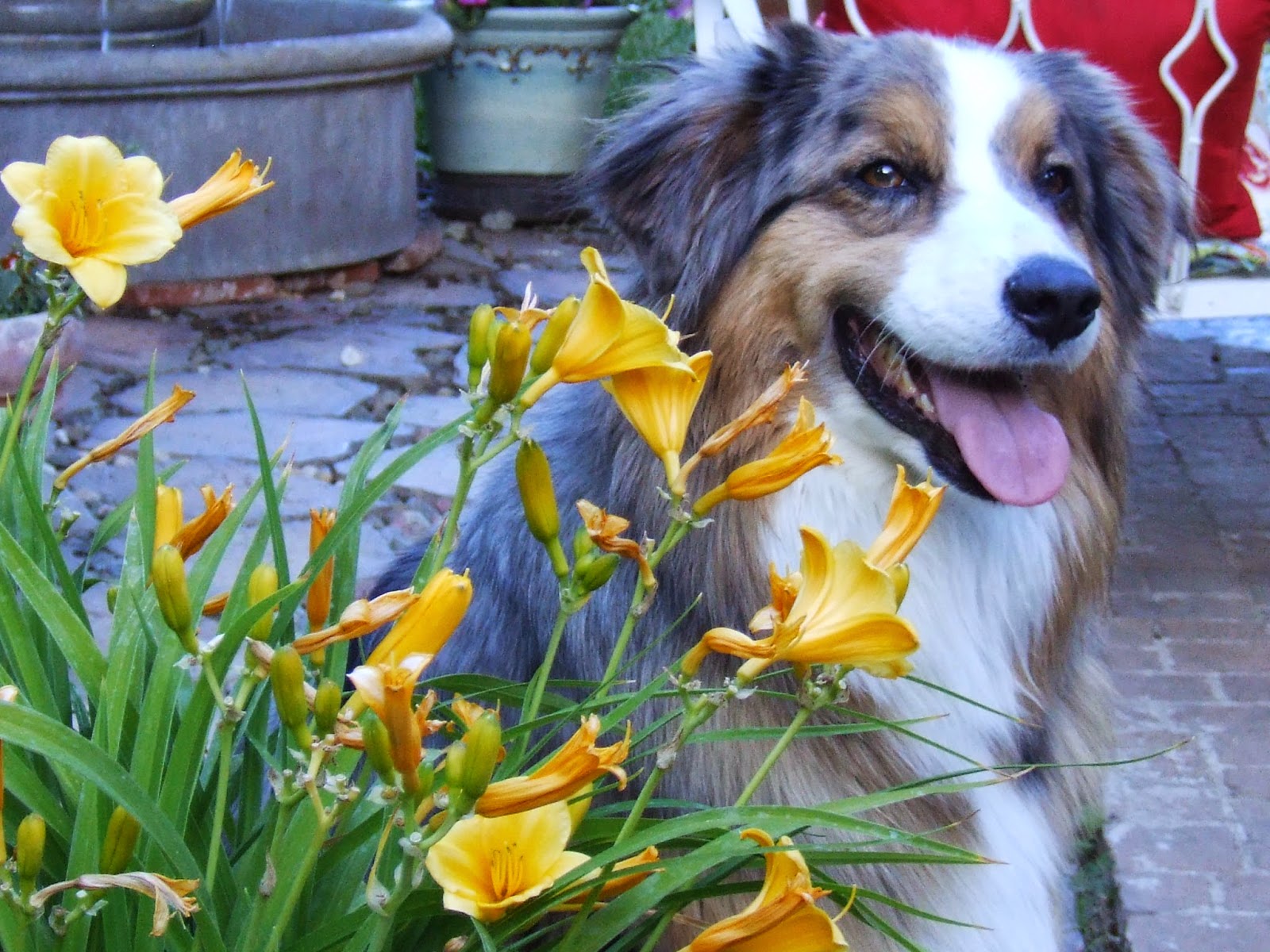 Since I am now sitting here typing and crying,
I will leave you with this very odd thing that recently happened.
About a month ago, I had a nightmare.
We were in a different home, more rural...it was dark outside and Dusty and Sophie were fighting off a pack of coyotes.  (you see, I have always had this deep sense that Dusty would lay his life down for me in a nanosecond)
Well, in my dream, Dusty was mortally wounded and bleeding profusely.  Sophie took off down the road chasing the coyotes away.  I yelled to Rob/Christian to go get Sophie as I lay sobbing trying to stop Dusty's bleeding which I knew in my heart was futile.

Then I woke up sobbing...grabbed Dusty, burying my face in his fur and loving him, begging him to live a long long time.

Ironically, Dusty wound up having many cancerous tumors,
one which ruptured and he was bleeding to
death internally.

Talk about a prophetic dream.

It's pretty clear, we had a connection that was so special
and it kind of frightens me that it may never happen again.
But I am hopeful. 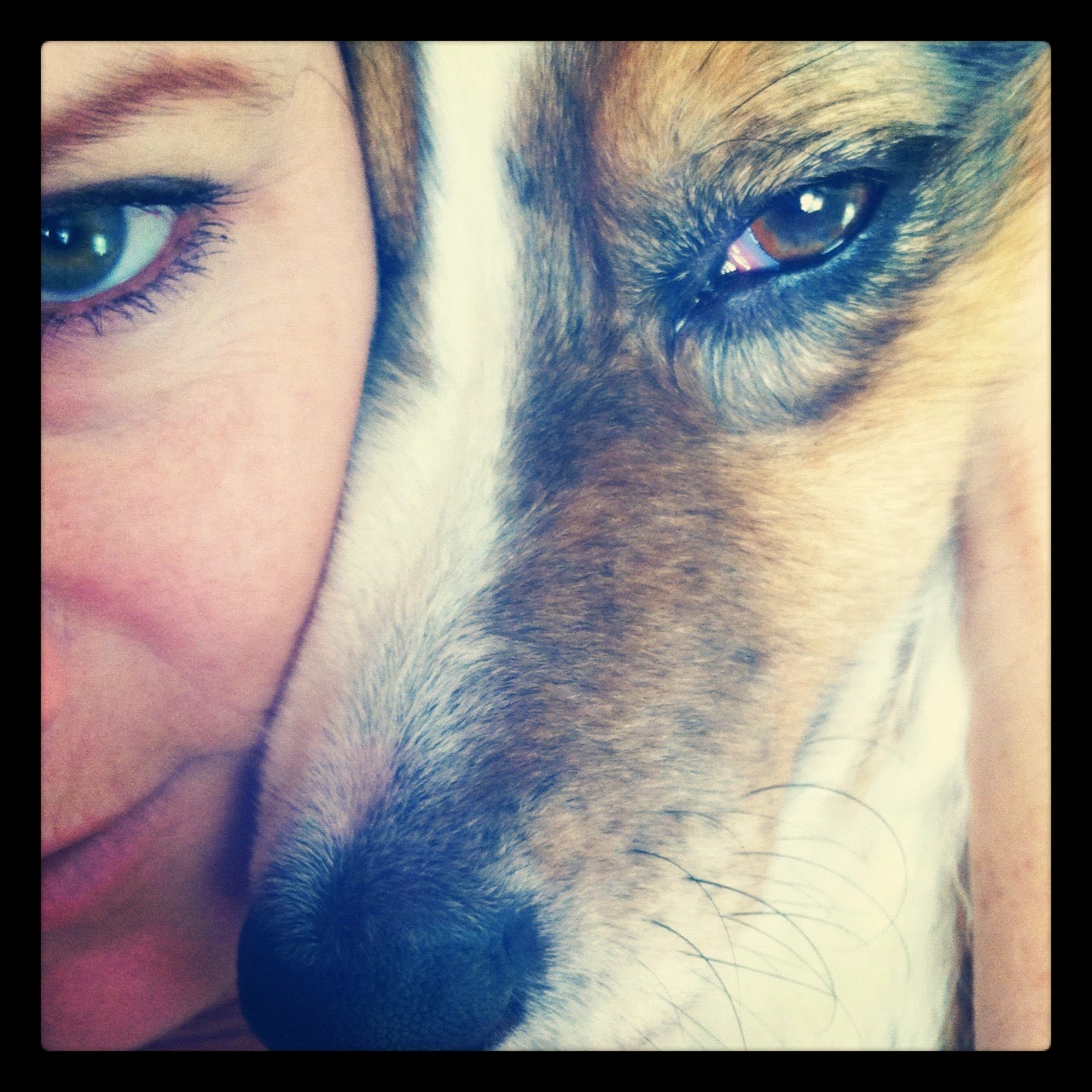