Also, have been getting ready for my next show The Vintage Marketplace Sep 9th/10th.

While creating/pricing, etc...I came across some jewelry projects I have been meaning to create,
just for me.  You know, the shoemakers kids have no shoes...
These are pieces that I have been collecting over the years.
Fun stuff.

Firstly I have been wanting to make a Multi Faith piece for years.
Regardless of what Faith you follow, you follow with your heart.
I respect people of Faith and respect ALL Faiths, even those that I might not understand or agree with.
I believe we are all on our own individual path and that it is not up to any of us to
judge or change people.
So much division stems from religious beliefs.
Look at the continual battle in the middle east,
the battle over our own political policies in this country often stem from religious beliefs.
I don't even want to talk about the hypocrisy of many religious people
who are not practicing what they preach.

Anyway, I could go on and on about this subject as I have studied the Bible and
multiple religions for many years.

Ultimately, Faith is a Choice and until there is PEACE among brethren of ALL Faiths,
this world will suffer. 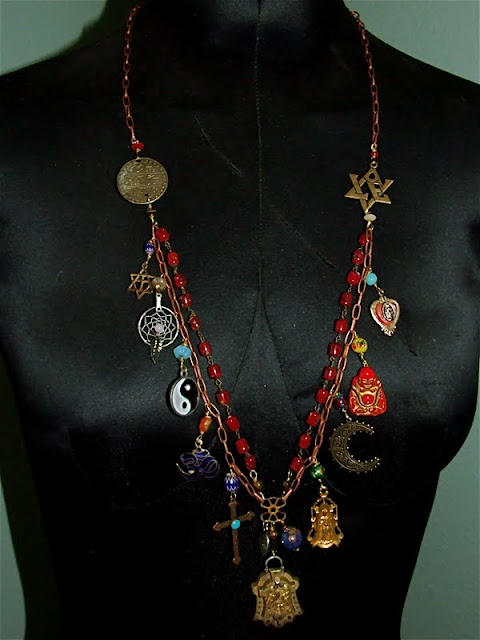 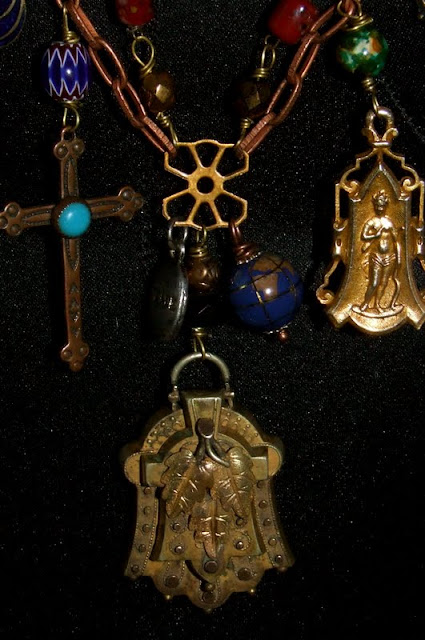 The Focal is the Hamsa Symbol.  It is a Locket that I FOUGHT for on EBAY.
It is totally COOL!  On the interior I resined in an Eye symbol.

The Cross is obviously Christian and the charm on the right
is a Hindu Goddess. 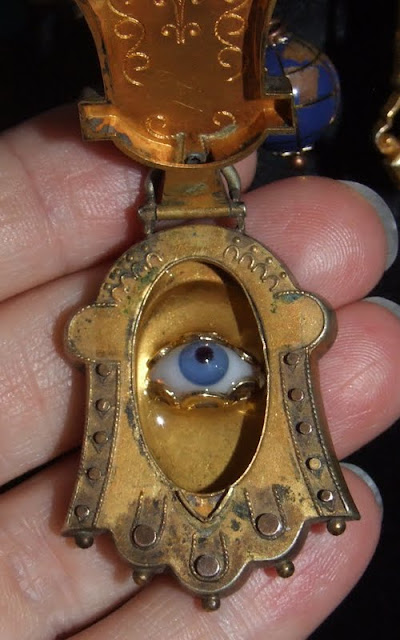 The Hamsa Symbol predates Christianity, Islam and Judaism.
It over the years became identified with both Judaism and Islam.
It is to ward off the evil eye or just tragedy in general.
For more info...http://www.jewishgiftplace.com/Hamsa-Hand-Symbology.html 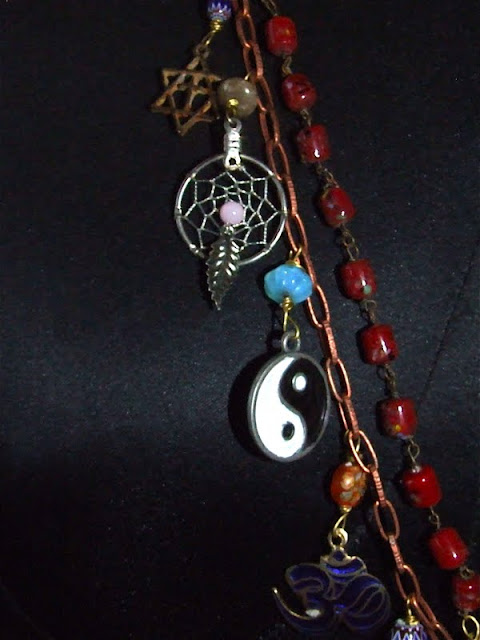 Up the left side of the necklace is a vintage blue enamel "om" symbol.
The Om is associated with these religions...Dharma, Hinduism, Jainism, and Buddhism.

Next up my chain is the Yin/Yang symbol.
Predominately a Chinese symbol with origins in Taoism and Confucianism.
It basically means balance.  Dark/light, for every thing in life there is a counter
to balance it all out.

The Dream catcher symbol is of the American Indian Ojibwa Tribe.
Not so much a religious symbol, but as their religion was earth based, it is one
of catching good dreams and letting the bad pass through.
May New Age philosophies have adopted this symbol.

Top left symbol is a Star of David with a tiny cross inside it.
It is the symbol of Messianic Jews.  That would be a Jewish person who
believes Jesus is the Messiah.
(on a side note, I had a few Christian woman who refused to purchase
any of my jewelry that had this symbol on it.)
I wanted to remind them the Jesus was a Jew, but held my tongue. 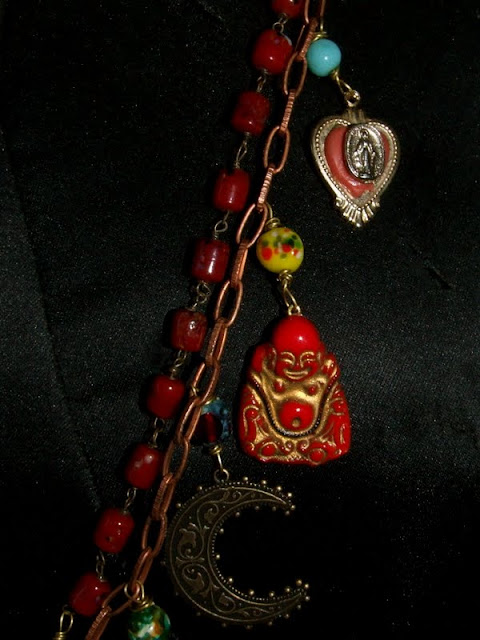 The crescent moon with a star is often associated with Islam
http://islam.about.com/od/history/a/crescent_moon.htm.
It also however predates Islam but has been used in Catholicism under figures of Mary
and in other ancient religions as well.
http://campus.udayton.edu/mary/questions/yq/yq244.html

The Heart charm has the Virgin Mary on it
and is of course, Catholic. 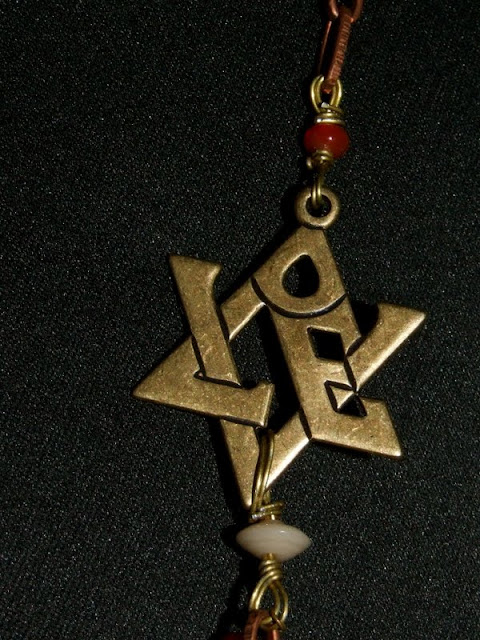 Another Star of David that is actually the letters LOVE. 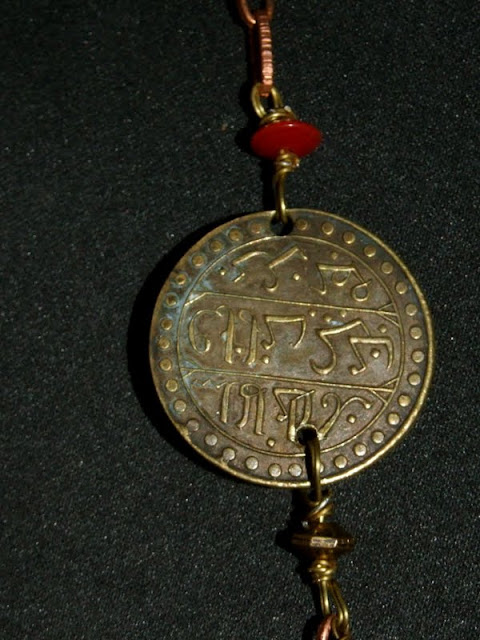 This coin is the language Farsi.  It is the predominent language spoken in the Middle East.
I have no idea what this coin says.
Anyone know Farsi? 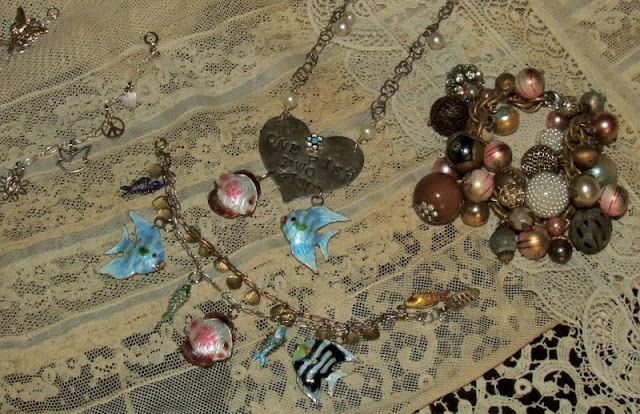 Lastly, I finished my Ode to Dr Seuss Necklace and made a matching bracelet of
Vintage enamel fishies! 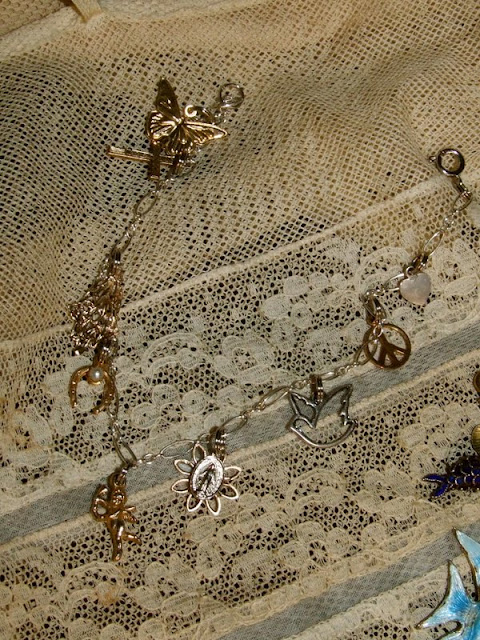 This little Anklet I am calling my Lucky Charm anklet.
Religious and luck symbols. 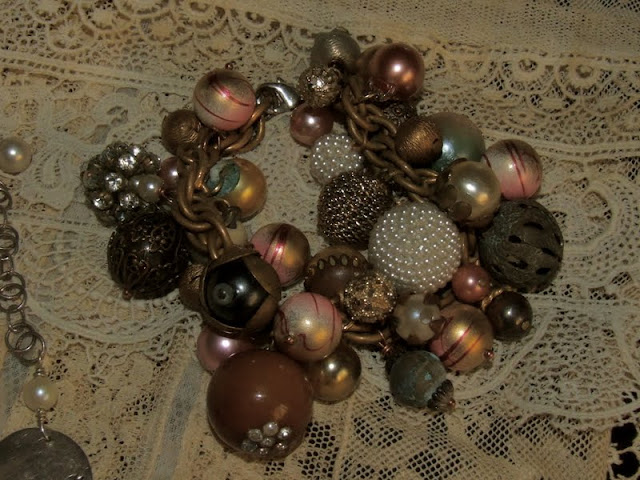 Lastly is my Baubly Spherical bracelet.
I Like SPHERES and these are random vintage ones
that I have held onto.

Maybe I like spheres because of starring at the moon every chance I could as a child and still do.
That spheres remind me of our Earth and that we are all ONE humanity on it.

LONG post....thanks to those of you who read the entire thing.

Have a Lovely weekend.

May Peace Be With You All. 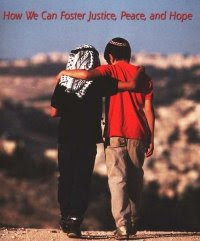 The answer to this is with LOVE.